15% of Swiss tenants don’t know all the details of their rental agreement because they did not read it through from start to finish before signing. Women appear to be slightly more cautious than men: only 13% will sign a contract without knowing what’s in it. But, generally, only the required details are checked. About a third of the Swiss population will trust their new landlord and rely on what they discussed verbally. This was revealed by a recent survey conducted by homegate.ch on the subject of living.

A rental agreement governs the tenant-landlord relationship on the basis of the legal provisions and contains clauses for situations that could potentially lead to disputes between the parties. Nevertheless, many Swiss people have no idea what’s in their contract. Almost one in seven (15%) say they didn’t read the agreement from start to finish before signing. But the majority of Swiss are more cautious: 58% of those surveyed read the contract carefully before signing it and of those about a third (34%) read it more than once.

Men appear to care slightly less than women about the contents of the rental agreement. Almost one in six (17%) will sign the contract without having read it first. Women, on the other hand, are more cautious: 61% read it carefully once. Only 13% will sign a contract without knowing what’s in it. Households with a monthly income of up to CHF 6,000 (63%) will go through their rental agreement with a fine-tooth comb at least once. Older respondents (aged 55+; 90%) also say that they studied the contract in detail before signing it.

In a regional comparison, a knowledge of the contents of the rental agreement was found to be particularly important to people from Ticino (90%) and German-speaking Switzerland (89%). In Ticino, 40% of those surveyed read through the contract more than once. But those in French-speaking Switzerland take a more relaxed approach: about one in four (26%) sign their rental agreement without having read it at all. 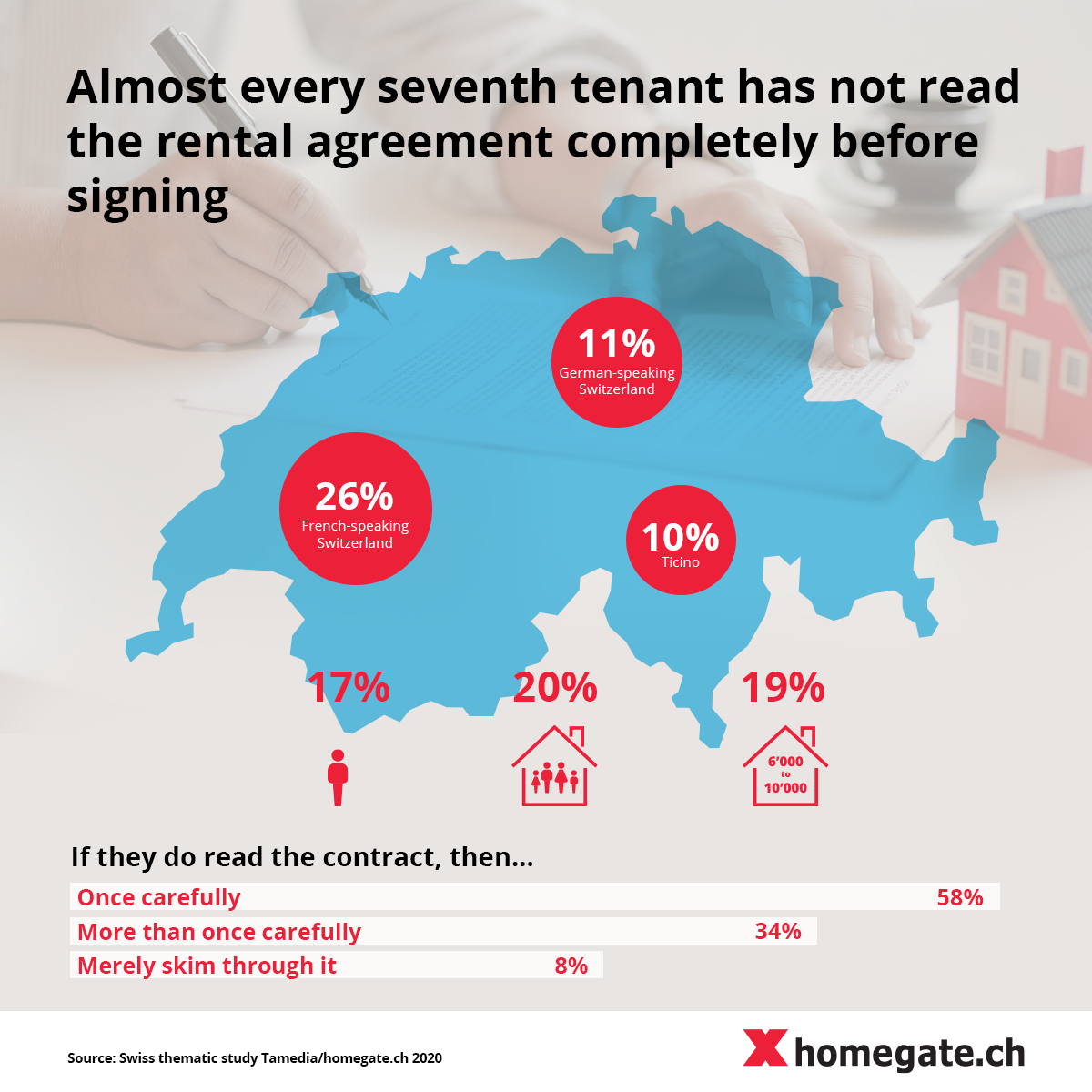 More than a third (36%) of the Swiss population check only the details that a rental agreement must include. And about a third trust their landlord and don’t consider it necessary to read through the whole contract before signing it. People from German-speaking Switzerland in particular put trust before control, with 44% relying on what they have discussed verbally with their new landlord.

Just under one in five people are almost completely indifferent to the details of their rental agreement, as they are happy simply to have got the apartment or house. Only 6% of the Swiss population seek out professional advice and have the rental agreement checked by a trusted third party. 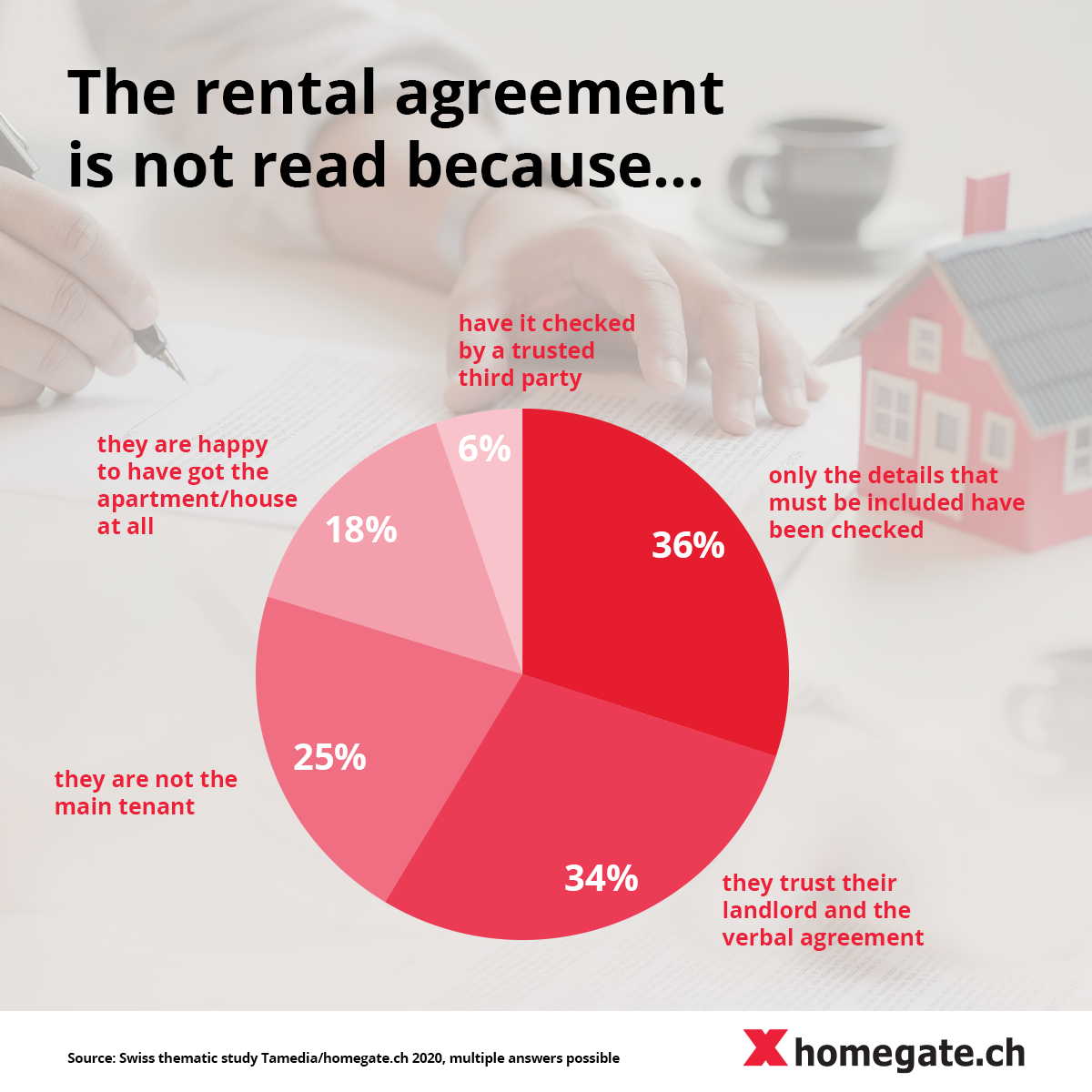 The representative study comprises an online survey of people living in Switzerland, in which 1,821 people between the ages of 18 and 74 in German, French and Italian-speaking Switzerland were surveyed. The sample was weighted by gender, age, employment, education, RUS internet and language region according to MA Strategy 2019.

Homegate AG was founded in 2001 and is now the leading digital company on the Swiss property market. With more than nine million visits per month and about 110,000 current properties advertised, homegate.ch is Switzerland’s number one property marketplace. Homegate AG employs more than 125 people at its Zurich headquarters and Lausanne branch. Homegate AG is part of TX Markets (tx.markets).